Handing the Country Over to Our Corporate Structure??

Polls show that Americans hold a very low opinion of Wall Street, and a damning public letter of resignation from a Goldman Sachs executive could only amplify that perception.

I don’t understand why half or more of the country vote the Republican ticket. Isn’t that the party that wants to hand America over to the CEOs? They seem to think that if we only got out of the way of corporate America everything would be great. Have all these folks been living in caves the last couple of decades? Can’t they see the mess that corporate America has handed over to us time and time again?

“Wall Street is not doing a very good job of explaining its importance to the economy and the good it does,” says public relations executive Richard Torrenzano of the Torrenzano Group and a former spokesman for the New York Stock Exchange. 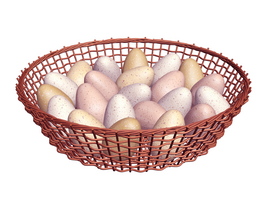 As shown by the quote above one thing that Wall Street is very good at is spinning. They can put a spin on just about anything. Yes, Wall Street does good if they are kept in their place by a regulatory structure but it seems that if they are unfettered the mantra of profit and greed overwhelm too many of them. Just look at our history to see many examples of that.

It is a mystery to me as to why so many I’m sure well meaning folks put all their eggs in the Republican basket. I’m not saying that the Democrats are that much better but if we took our eggs out of either basket maybe those folks in Washington would start listening to what we have to say.  Right now they are just too busy trying to find ways to stifle any ideas, no matter how much they might benefit us folks in the hinterland, that the other party proposes.