Occasionally I like to revisit some of my previous posts that I think contains valuable messages. This is one of them. 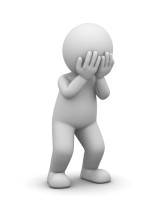 That is a question that has been on my mind the last few days.  I have lived for more than six decades on this earth so I have been exposed to probably millions of different situations but what is the saddest?
The list initially was quite large but the more I have thought about it the more it shrinks. I think I am finally down the one thing and that is lazy minds. I know, on first thought, that seems a strange answer.  After all there are things like world hunger, hatred, prejudice, homelessness, constant wars, and many other things that seem more serious.  But the more I have thought about it the more I am convinced that all of the above mentioned things are a result of lazy minds.

Our ability to think is perhaps the most significant thing that God gave us to separate us from everything else in this world. Being able to analyze our circumstance and then make knowledgeable decisions and then changes is something only man can do. God gave us our intellect so we could develop it and use it to further his kingdom on earth.  When we lay back and refuse to use our God given intellect I believe we are sinning against God at a most basic level. Lazy minds are not limited to any particular ethnic group, economic scale, or spiritual sphere. It is endemic across the entire spectrum of human condition.

Lazy minds allow us to just sit back and take on our parent’s prejudges as our own.  If our parents didn’t like Jews or Blacks or Hispanic or whatever then we it is likely don’t like them either. If only we exercised our minds and found that all these prejudges are without any merit  or reasoning whatsoever we could more easily purge them from reality.

Finally lazy minds prevent us from solving many of the otherwise solvable problems in the world.  We have the technical ability to eradicate most of today’s problems if only we got off our butts and did something about it. World hunger is definitely something that is fixable. The main thing that prevents us from doing that is we have not figured out how to interact with each other or how to choose leaders who could do that as our representatives. We allow our leaders to tell us what to think, who are enemies and friends are and almost everything else about our living in this world. We let them separate us into clans that they say must battle each other.

We allow one generation after another to try and take the easy way through this world. Why study when we can be world class athletes? All of us in one degree or another refuse to exercise our minds to even a small percentage of their capacity. It is just too easy to let others think for us.  That is the saddest thing in the world to me.

4 thoughts on “What is the saddest thing in this world???”