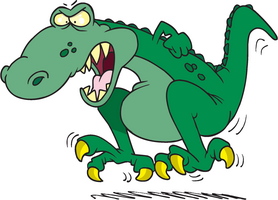 When any organization becomes totally dysfunctional it is time for a major shakeup. I am becoming more and more convinced that the only way we are ever going to reduce the gridlock we find in Washington is to remove the current leadership and hopefully replace them with some who are not as battle scarred and vindictive as the current ones. The current leaders are just too more consumed with battling their rivals than of governing for the good of the country. They have lost all perspective of life outside that contaminated city.

For my Republican friends who would never conceive of voting for a Democrat I plead you to find someone in your party who can challenge the leaders in your primaries. That way you don’t have to touch the dreaded “d” word at the polls.  Both Mr. Reid and McConnell are like long toothed dinosaurs. They seem to have nothing but contempt for each other and are willing to sacrifice the good of the country to get back at each other.  It used to be that seniority in the Senate was about wisdom but I personally see little wisdom in either of these two men right now.

It is not much better in the House of Representatives. Mr. Boenher just isn’t  able to control the radical right wing of his party.  He seems to be more afraid of them than he is of the Democrats. Mrs. Pelosi is a lightening rod for the conservatives in the desert west and the south in our country.  Being from San Francisco is probably a big part of that ingrained prejudice. I do think that both of these leaders are of noble spirit but they are just too toxic for our times.

Until we can resolve the underlying contempt of and for the current leaders it will be hard to accomplish much for our country. There are many current issues that can be resolved if only we did a little house cleaning in Washington.  Closing tax loopholes is one of them.  They all complain that the current tax code is 10,000 pages long but what they don’t say is that over 9,000 of those pages are exclusions/loop hole for one favored interest or another. Why can’t they at least agree to eliminate those give-aways?  I know that much of this toxicity is not confined to the beltway but that is a most appropriate place to start.

Voting long time politicians out of office is not an easy thing so I have my doubts that it can really be accomplished.  But something has to be done or our country may soon be in deeper jeopardy than it already is and something we just may not be able to recover from.