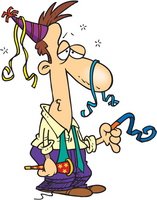 2013 will soon be another year that was… It’s time to sit back and reflect some on how this year developed and to look a little to what next year might be.

This was a year that looked pretty much like the last handful or so. Nothing spectacular but also nothing devestating. Fortunately, except for some pretty serious  (read expensive) dental work there were no significant health issues.

We didn’t get many opportunities to travel this year. I can only hope that 2014 is better in that regard.

I celebrate that, with a couple of projects, I managed to stay stimulated this year. I need constant stimulation. 🙂

I celebrate that my blogs did better this year than last as far as readership is concerned but nothing great.

This year ended much better than it started. The wing nuts in the Tea Party are finally being reigned in at least to a degree. They continue to rant and rave but now with less news coverage. Their constant complaining without providing any possible solutions seems to be finally costing them the power. I never really understood how those yahoos even managed to grab what they have.  I know there are a lot of people out there that are like-minded but to me they simply want the advantages of a democratic government without paying for it.

We managed to get through the year without invading any other countries or putting thousands more of our kids at risk for political purposes. We are finally getting out of the two wars of Mr. Bush but not soon or completely enough for me.

Syria and Iran are still the troublemakers but at least they are “acting” like they want to get along.  That in itself is progress. Korea, well that is a different matter….

I don’t have a crystal ball or anything but it is kind of fun to predict the “Good, the Bad, and the Ugly” about the coming year. Take this as a grain of salt because that is really all it is worth.  🙂

Due to it being an election year I don’t see the politicians in Washington getting us into much trouble.

Obamacare is coming along nicely and will end the year with many more actually supporting it.

Unemployment will likely not drop much this year. Due to the lack of fit between the jobs, at least above minimum wage, and the skill levels not much will change for some time to come.

Immigration reform along with several other needed advances will continue to be stifled based on fear instead of opportunity.

Our military/industrial complex will continue to gobble up an ever increasing share of our resources with almost 100% approval by our congress.