Its All About Communications….

JEFFREY BROWN: But couldn’t you make the argument that it would be better if we all spoke the same language, that we all understood each other? There would be — well, there would be more understanding in the world.

BOB HOLMAN: Well, I love that argument, and it makes so much sense, until you understand what understanding is. 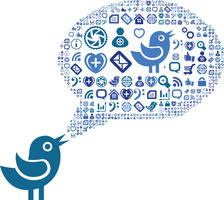 You know, language is much more than communication. When we talk about it on the surface, that’s what it is. But language is the way we think. And it’s the way it’s been handed down through generations. If you begin to think in another language, that’s fine.

But if you have to lose the way that your family has been speaking, that’s not so fine. That’s losing who you are. And when we lose who we are, that’s when we become this homogenized consumer of life, rather than a citizen who comes from a place and knows who you are.

SOURCE:  What does the world lose when a language dies?.

The above quotes came from a transcript of a recent PBS Newshour segment about languages that are being lost in recent years. I will tell you up front so there is no confusion that I simply don’t buy much of the reasons to lament this happening. To me less languages in the world is instead something to celebrate.

Being deaf and living fully in the hearing world I know that communications is vital to how we live our daily lives. Daily conversations, yes even chit-chat is important. When communications is broken for whatever reason conflict often arises, sometimes deadly conflict. I have often said that the times I feel the most lonely is when I am surrounded by people who I am unable to communicate with. Sitting with a group of people and not being able to join in on whatever the topic of conversation happens to be about is totally isolating to me.

Even communications between those of us who are deaf are often nearly impossible because of different languages. The 20% or so of the deaf are those who were born deaf and part of the Deaf culture. They use a sign language called ASL. For the other 80% of us who went deaf after learning how to speak we use Signed English if we use signing at all, and many don’t. While the two share some common signs they are very different in context and application.  I have great difficulty knowing what a person using ASL is saying.

If only we all could talk directly with each other without the social, political, or physical barriers of different languages much of the world’s current problems would cease to exist. Because I am not privy to many conversations around me I often come to very  wrong conclusions about what is being discussed.  Because, for the most part Christians and Muslims speak different languages communication at the grass-roots level are simply not possible.  Communications is everything in today’s world. Speaking  and writing different languages kills communications.  Languages are not to be confused with thoughts. They are not the same thing. Thoughts, philosophies, cultures and such promote different ways of thinking. We should never lose our ability to think differently than the crowd.