Just another afternoon snippet about my recent header work of late.  I added a “politics” box to the header with a sub title “Because it matters”. That sums it up for me. Yeah, I agree that politics is a very dirty business and taints everything it touches but it is so critical to the future of our country and the world that we all need to get involved. 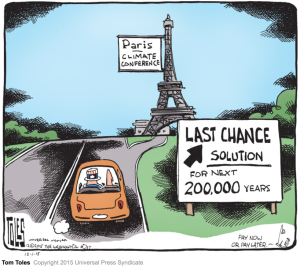 Climate change is one of those issues that one of our political parties has decided to deny its existence even though 98% of the scientists are on the opposite side of that party.  Do we let politics determine if we are to reach the tipping point where it becomes unstoppable?  Do we doom future citizens of the world to the consequences of our political system?

Like it our not our government has the task of doing the people’s business where none of us as individuals can accomplish it.  We depend our our representatives to do what is good for the country.  When they don’t we have to step in and institute change.

The major threat to our democracy is that there are so many low-info voters and so many non-voters in our populace now. Thomas Jefferson said over two hundred years ago that a democracy depends on an informed electorate. I fear we are losing that as a country right now.

Too many seem swayed by harsh rhetoric putting it above common sense.  It is up to each of us to hold our noses and look out for the well being of all of us citizens of this earth.  If those yahoos in Washington won’t do it then it is time for them to go…

Like it or not Politics matters, it is as simple as that….