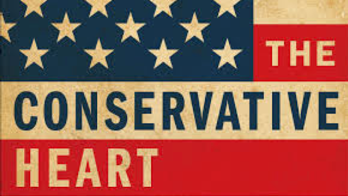 It seems that the GOP presidential wannabes are constantly arguing that their opponents just aren’t conservative enough to be president. Of course, they wrap their radical ideology in the American flag and somehow that gives it legitimacy.  If any of them were to even hint of compromising on any issue they are quickly and firmly put down as not being conservative enough.  Are they winning votes when they do that?  Just how conservative is the electoral population vs the “conservative”candidates?  That is the general topic for this post.

I am one who tries to learn the lessons of the past in order to not make the same mistakes over and over again. Understanding what needs to change and what doesn’t is critical to a healthy balance in life. Learn from the past but with an eye always to the future. The current crop of conservatives are always looking at their past as the good old days.

It seems that so much in today’s world, particularly our political establishments, are skewed too far in both directions. There just doesn’t seem to be a middle anymore. It is now a chasm never to be crossed. I don’t believe that is how most in our country think now. Pragmatism and critical thinking are becoming the norm for many of us, particularly among the millennials and beyond.

A radical conservative hates change, especially where it means he will have to relinquish some of his power. “Don’t rock the boat” is often their mantra.

A radical progressive wants to change things simply to change them. The “if it’s not broke don’t fix it” mentality is foreign to them.

I can see on the horizon a time when we reject an either/or mentality and embrace what works.  I may be wrong, I have certainly been wrong about many things in life, but I see in the not too distant future a total rejection of the status quo in favor of moderation and less conflict.   I believe this is coming in the coming decade if not sooner. This paradigm shift will result in some stressful times. That will be painful but a better future will result.