“Checks & Balances” Were Meant For Our Times…

When our government was formed over three hundred and fifty years ago the founders were concerned about someone usurping total power. To prevent that they wisely instituted a pretty severe form of checks and balances. No one person or group of persons could take over without trampling their newly formed constitution. That was a good thing and it still is today.

If there was ever a time when the principle of “checks and balances” in our government processes were meant for it is certainly now. With the current Oval Office Occupant having so little knowledge of government process, or much of anything else for that matter, we need a way to prevent him from destroying our American Democracy. Checks and balances appear to be doing just that, at least for now. 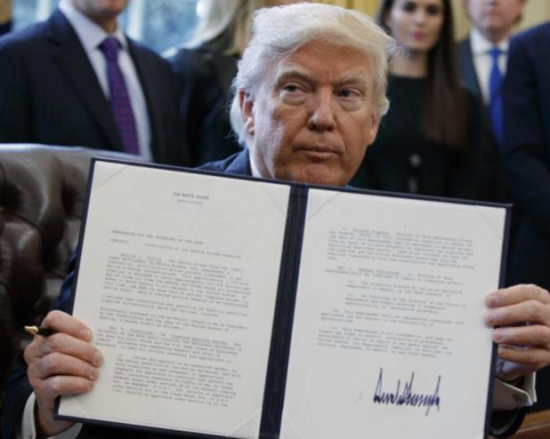 Mr. Trump seems to thinks he is a autocratic king with all his daily signing ceremonies, many of which are totally meaningless.  He seems to  believe all he has to do is to sign a document with his lavish signature and it will happen.  (Why does he think we need to see his signature each and every time?) 🙂

I have heard he just doesn’t like to read or study much as he thinks he is already smarter than anyone else but maybe someone should try to give him a high school level civics lesson in the basement of the White House. Someone needs to convince him that he is not a king that he apparently thinks he is.

Yes, he has managed to unravel many of the progressive things accomplished by his predecessor but the Judicial system has stopped him from putting a religious test on those who might come to the USA and now congress with the help of a special council is trying to make sure he is not trampling on the Constitution in a number of areas.

I’m sure the Evangelicals who so adamantly and ignorantly give him their 100% support are screaming that he is being treated TOTALLY unfairly but I think he is just reaping what he has sewed for so long. I don’t know how parents can explain to their children that it is ok for the president to tell obvious and outrageous lies on a daily basis but their  children must always tell the truth? That would be a toughie for me..

I also can’t understand how the Evangelicals cling to this guy. Don’t they understand that by doing that they are irreparably damaging their religious brand? To me, it is almost as if they have morphed from a religious institution into a political one.  And that is sad…

Yes, at least for now checks & balances put together by our founders seems to be working. We can only pray that they continue to work for however long this guy stays in the Oval Office. I hear the world famous Irish oddsmakers say he has a 50/50 chance of surviving his first year in office and the odds go down after that.