I am always looking to add new features and sections here at RJsCorner.  Trying to improve everything in my life is what makes it ultimately satisfying.  In the same light, trying to hold on to eternal optimism is a BIG challenge given so much of what is happening in the world today.

I have vowed to back away from the ugly world of American politics and I think I have been substantially successful in that endeavor. I don’t want to jettison it entirely as that would be a personal copout to me.  I considered adding a topic of “#CO3’s Lie Of Today” but quickly found I would have to spend quite a bit of time studying the daily lies to decide the one that would be posted.  Here is an example of that: 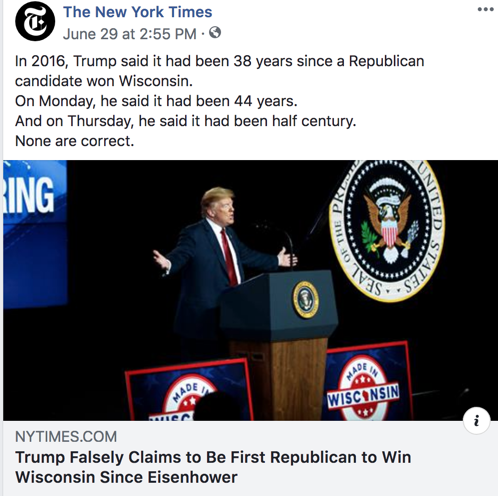 I have come to the conclusion that almost without exception when I see something he has said I believe the opposite.  The trouble with the idea of “Lie of the day” it that he would have too much attention here.

I wisely decided to scrap this idea, even though it was enticing to actually compile the untruth that comes from this narcissist’s lips.  Enough said, let’s get back to something more optimistic for tomorrow’s post.