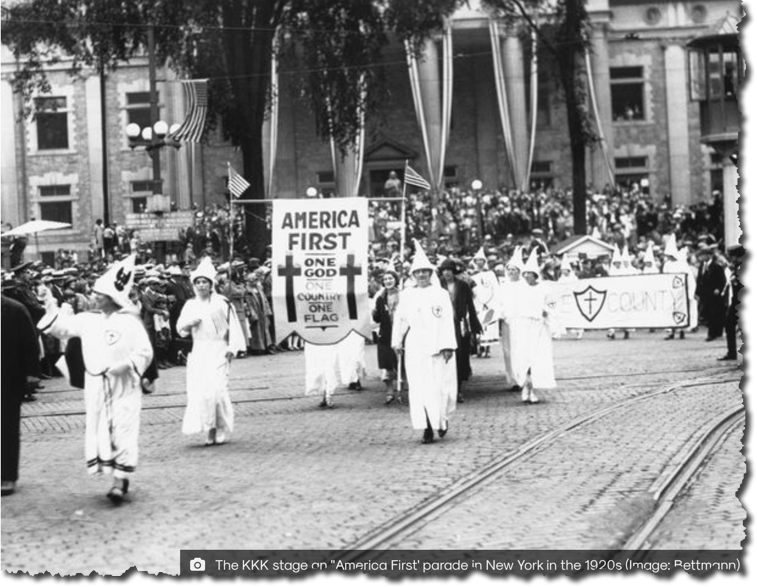 Being a follower of the teachings of Jesus, it befuddles me how the brand of Christianity who call themselves Evangelicals can be so intrinsically linked to the current Oval Office occupant (#CO3). Simply stated his actions and words are the antitheses of those teachings. Here are some words about that from my friends over at Red Letter Christians.

Source: Why Nationalism is Dangerous and Incompatible with Christianity – Red Letter Christians

Of course, this is not the first time nationalists have tried to kidnap Christianity and the words of Jesus. The KKK claims to be a Christian organization but their total abandonment of Jesus’ teaching show that is a blatant lie! But still, in the 1930s the KKK dominated many States in conservative America. They controlled governments throughout the South and even in my State of Indiana during those years.

Why the current Oval Office occupant is so enamored to dictators/despots (Russia, China, North Korea, etc) while being disrespectful of leaders in democracies is very puzzling to me.  The only explanation I can come up with is that in his own mind, be believes if given total control, he could make the world perfect!  We followers of the teachings of Jesus need to adamantly stand up to this brand of nationalism and see it for what it is.