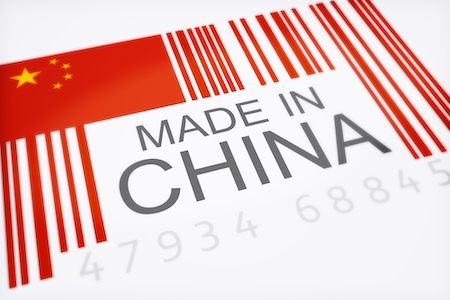 Symbolizing the massive amounts of imported goods from China isolated on a white background, 300 D.P.I

I’ve been around politics for more than 50 years now, so I have seen a lot of sneaky tricks and such that governments use to manipulate their citizens. The first thing was as a young man eligible for the draft was how the US military was grossly over-counting the Vietnamese casualties in the 1960s. That would not be the last time that strategy would be used.

But, to me, one of the most devious tactics is to paint a grossly exaggerated view of our “enemy”. In the long term it has been shown that Vietnam was never a real threat to the US. We were told that if we didn’t defeat their move to Communism that our country would soon follow suit. Of course it is practically impossible to prove a negative, so I’m sure some are still spouting that line even today. It ends up like most of our enemies that Vietnam is now one of our strongest trading partners.

Given that we are militarily entwined in so many countries right now it’s hard to point to one “enemy” as being the most threatening. We have been in Afghanistan and Iraq so long now that surely they are our enemies, or at least their enemies are our enemies? China which now supplies well over half all our domestic products is being labeled as an adversary that needs to be controlled at any cost. I guess that is progress, at least they are not labeled as the enemy as would likely have happened fifty years ago.

Getting to the core of this post, we have to parse what our government says about others to find the actual truth of the matter. I saw a high administration official recently make the comment that “China is not being fully open about its policies” Looking at that statement from a higher view we have to realize that the US is now classifying exponentially more of its policy info as “classified” and therefore keeping it out of the public eye. To me, that is kind of like the old saying that “The pot calling the kettle black”. When Snowden tried to bring some of those document to the light of day he was quickly deemed a threat to the nation and essentially driven to residency in Russia.

Yes, China is ruled by a different type of government than the US is. It seems pretty obvious now that their form of government like ours has good and bad sides. Neither democracy nor communism is perfect. In fact I think a combination of the two will eventually prove to be more effective than either separately. China has been moving in that way for the entire 21st century. They now have more billionaires than the US and their GDP is still the envy of the world. That happens because they can focus on the long term instead of trying to meet Wall Street’s latest quarterly earning expectations. They look twenty years down the road rather than three months. They see the forest, we see the trees.

As a lessons learned for this post, we should always take what even our own government says as needing some factchecking. Things are not always as they want us to believe.

BTW… I apologize to the folks who came here today looking for the next installment of the comparison between Sweden and the US. The side-affects of the 2nd COVID vaccine put me down for a few days. I will be back on track for next Friday, I promise. 😷