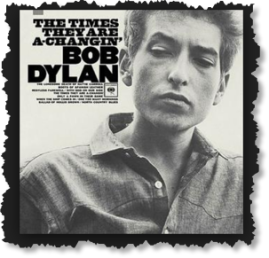 If you believe the latest polls you have to come to the conclusion that “The times, they are a changin” as Bob Dylan said in his 1964 album. But, given how wrong the polls were in 2016, seeing is believing this time around. If more of us moderates get off our butts and vote, it just may happen.

Of course, I am talking about the mid-term elections that are quickly approaching.  I personally will be voting early today. If it does happen and the rubber stampers who are currently in charge of Congress are voted out, then I think the Democrats need to seriously consider what it will take to break the gridlock that is strangling our democracy. If that doesn’t happen then I can see a scenario where both current parties implode. To me, the first step in this process for the Democrats is a fundamental change of leadership. Without a change in the roster, nothing new will happen.  That means replacements for Pelosi and Schumer.

It’s time for a new relatively untarnished batch of leaders to take over. If they don’t come from within the Democratic party then I hope they come from outside both parties.  I know I am jumping the gun here but it has been on my mind so I need to put it on paper so to speak. Let’s finish off this post with the verse from the above Dylan song relative to the topic.  Get out of the way or you will be steamrolled over. 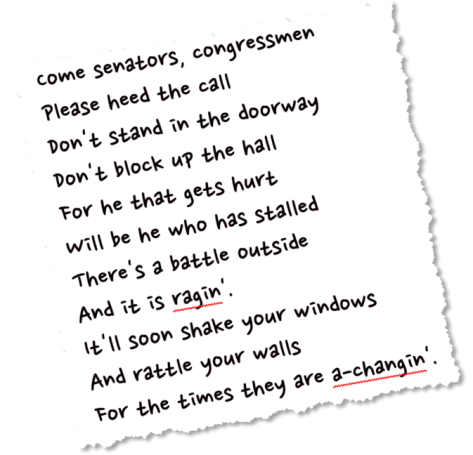 Before you jump on me here, I admit that this is perhaps more a hope than it is a prediction.