Many times Will Rogers’ words are an inspiration to me. Of course he saw a lot of prejudice in his times. Maybe more so than even I do today. When I found these words from him about intolerance I found them indeed inspiring.  No explanation is needed. These words stand on their own today as much as they did in Will’s day. 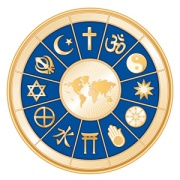 I have sometimes wondered if the preachers themselves have not something to do with intolerance. You hear and read a sermon nowadays, and the biggest part is taken up by knocking or trying to prove the falseness of some other denomination. They say the Catholics are damned, that the Jew’s religion is all wrong, or that the Christian Scientists are a fake, or that Protestants are all out of step.

Now, just suppose, for a change they preach to you about the Lord and not about the other fellows’ church, for every man’s religion is good. We are all trying to arrive at the same place according to our own conscience and teachings. It don’t matter which road you take  –  March 11, 1923    Will Rogers