I have been meaning to study more about the Muslim world. I know it rivals Christianity as the largest religion in the world. Here are some supposed facts I recently found about it from a recent on-line article. Click the source below to see the complete article. 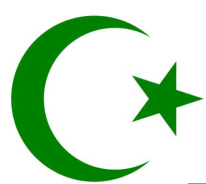 3. Some Muslims are immersed in an environment that permits and nourishes the core beliefs they cite as reasons for acting as they have.

4. Just north of ten percent of Muslims worldwide support and sanction religously motivated violence against civilians in at least some contexts.

That’s about 195 million, according to the most accurate polling of Muslim beliefs.

7. There are seeming contradictions in how much Muslims support women’s rights.

8. There are big geographic differences in how people interpret the truth of the Islamic faith.

In 32 of the 39 countries surveyed, half or more Muslims say there is only one correct way to understand the teachings of Islam. In the United States, nearly six in ten Muslims think there are many ways to interpret Islam.

SOURCE:  8 facts you need to know about Islam and terrorism.

Some of these statistics surprised me. I have always thought that the radicals who seem so dominant in the news were completely out of step with the average follower of that religion. But this article seems to say not as much out of tune as I thought.  Over three-fourths of the Asian and Middle East muslims think that Sharia law should be the only law of their countries. 195 million support religiously sanctioned violence and about half say that if you leave Islam you should be executed!!  The vast majority of practicing muslims don’t support any form women’s rights or even human rights in general.

These numbers say that muslims are more aligned with some ISIS  ideology than I originally believed.  I certainly don’t want to paint with too broad a brush here and it does seem that at least muslims in western countries, which are a distinct minority of muslims,  are less rigid than in the rest of muslim the world. One of the most basic things that confuses me about Islam is that they seem to put much more emphasis on their prophet Mohammad than they do God himself.  Why is that? Is it ok to have a picture of God but not Mohammad? I guess I need to study this religion more…. but what I have found so far kind of startles me….

5 thoughts on “About Islam and terrorism…”