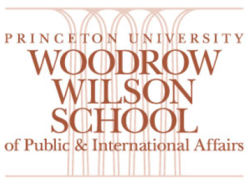 I saw a short snippet on the PBS Newshour a while ago about a drive to remove Woodrow Wilson’s name for several Princeton building because of his not rejecting racism strongly enough in his times. This is very much in line with my latest favorite words found in the title of this post.  It is easy to look to the past with the wisdom of hindsight but in my mind it is simply not valid to do that.  For you sports nuts out there this is often called “Monday morning quarterbacking”. It easy to see problems when you take them out of context.

Wilson continues to be one of my heroes from the past. He stood for so much of what I currently embrace. Was he a racist by today’s standards? He definitely was.  I could wish it were otherwise but I can’t condemn all the good he did because of it.

Jefferson, another one of my heroes, is caught in similar circumstance. Here he was saying that “all men are created equal” while at the same time being a slave owner who had sex with his owned slaves.  Does this tarnish his character? Sure it does, but it doesn’t take away from all of the things he accomplished in his life. It doesn’t take away from his wisdom as a founding father of this country. If not for him we might be a very different country.

Knowing what we have accomplished today at so many different levels it is easy to look back on our historical figures of the past to see where they did not meet today’s moral standards. But in reality that serves no purpose except to almost eliminate their recognized contributions in other areas that made us what we are and that allowed us to eventually conquer those obstacles since their time.

Lets always remember to keep from judging the past by the criteria of the present.