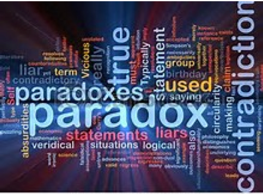 In fact, religion is invariably a tangle of contradictory teachings — in the Bible, the difference between the harshness of Deuteronomy and the warmth of Isaiah or Luke is striking — and it’s always easy to perceive something threatening in another tradition. Yet analysts who have tallied the number of violent or cruel passages in the Quran and the Bible count more than twice as many in the Bible.

There’s a profound human tendency, rooted in evolutionary biology, to “otherize” people who don’t belong to our race, our ethnic group, our religion. That’s particularly true when we’re scared. It’s difficult to conceive now that a 1944 poll found that 13 percent of Americans favored “killing all Japanese,” and that the head of a United States government commission in 1945 urged “the extermination of the Japanese in toto.”

It’s true that terrorism in the 21st century is disproportionately rooted in the Islamic world. And it’s legitimate to criticize the violence, mistreatment of women or oppression of religious minorities that some Muslims justify by citing passages in the Quran. But let’s not stereotype 1.6 billion Muslims because of their faith. What counts most is not the content of holy books, but the content of our hearts.

Source:   How Well Do You Know Religion? – The New York Times.

The main reason I am posting about this article is the quiz that you can take to see just how much you know about religious documents. It was personally very enlightening to see the answers. Click on the source above to take the quiz.

I got 11 of the 14 questions correct because I have spent quite a bit of time studying this topic. Some of the ones I got wrong were mainly because I didn’t know the particular chapter or verse relating to the question. I admittedly am not a “bible thumper”.

The point of all of this is to say that most of our holy documents are strewn with violence no matter your religion. Taking these writings literally is where the major fault lies. If we view them for the history lessons they contain they are very informative. If we treat them as literal truth they can be very damaging…