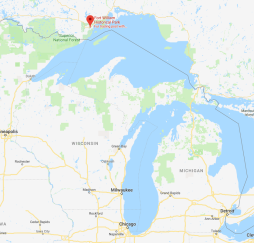 With this post, I am going to try to add more on-the-road trip reports here to RJsCorner. I thought this would be a good project for the 2017-18 winter months. The subject of this post is Ft. William in Thunderbay Ontario Canada which is on the north side of Lake Superior. It is in my top five historic sites I have ever visited.

Here is a little background on Ft. William from Wikipedia:

Historical interpreters represent the many roles and cultures involved in the fur trade, including Scottish fur traders (people of capital), who often took Native American wives and had their families living with them; French Canadian voyageurs and workers, who also had wives from among the Natives; and native hunters and trappers. The native people in the Fort William area are predominantly Ojibwa and are represented accordingly among the interpreters.

As I have mentioned before I favor fur trading forts as opposed to the military ones. They just seem to more accurately reflect the culture of the times that they represent. The military forts emphasize the battles that took place there.

Fort William is well worth the trip for anyone who wants to understand the cultural heritage of North America and this re-creation is top notch. Here is a rather extensive menagerie of pictures of the fort.

As usual click on any pic to bring up a larger slideshow view. 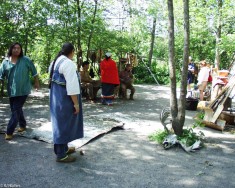 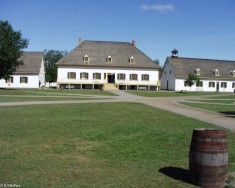 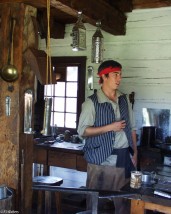 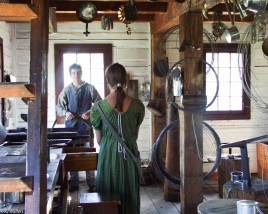 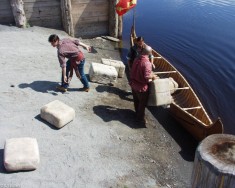