Now that the Mueller Investigation is finally over I hope we will no longer be totally engulfed with the daily news of possible scandal and can finally concentrate on what is actually happening to our democracy. Yes, we have an incompetent in the Oval Office but our attention should be to keep him from doing irreparable harm for his remaining one year and nine months in office.

Looking back, I was never that hopeful that a “smoking gun” would be found in the two-year, which seemed like ten year, investigation. I never really deemed him smart enough to accomplish something as complicated as collusion. Given the verocity of the MAGA cult, an impeachment would probably have done more damage to our country than what he can do in the next two years, especially since we finally have a check on his power via the US congress.

I realize that 2016 events were just an exercise in self-praise and spiteful games for the current Oval Office occupant. He never really intended to be president so why would he even expose himself to a treasonable scenario even if he could accomplish it? He is there because of the defective electoral college tradition and proud ignorance of so many who voted blindly without thinking of the consequences of their actions.

Getting back to the point here, I’m glad this is almost over so we can spend the next two years concentrating on the drastic changes he taught us are needed in the executive branch to reign in a future incompetent. We need to have in place a way to quickly fix the damage he is doing to worldwide efforts to attack global warming once he leaves.

Another issue I hope we have time to address now is how to convince the unconvinible that his version unfettered capitalism is not a solution, but instead, the major source for the financial inequity in our country. Yes, the stock markets might have temporarily gone up with his tax break for the affluent but at the same time most important quality-of-life metrics continue going down for the rest of us. These include: skyrocketing suicide rates, a health care system that is unattainable for too many, a military complex that starves much needed infrastructure improvements, and pretty much anything else.

We need to do the equivalent of hitting our citizens, especially the MAGA cult, over the head with a two-by-four to get them to realize that our country will cease to exist as we know it if we don’t address all the issues that are currently being proudly ignored by the current Oval Office occupant. I just hope it is not too late!

Finally I dream of a time when I can once again look at any news source and not see it totally consumed by an orange-haired narcissist.

David Brooks from the New York Times and the PBS Newshour recently used a word I haven’t heard in a long time. That word is the title of this post and here is the definition. This word just seems soooo appropriate for someone we all know. I don’t even have to mention his name.

If there is any single word that can possibly contain who this guy is, bluster is it. He is certainly loud, totally aggressive, as indignant as anyone I could ever imagine.  He refuses to believe in facts other than the ones he made up.

But I think the last part of this definition will certainly apply now that we have a Democratic House of Representatives.  They will do their best to assure that aggressive indignant bluster has little effect.  All we have to do now is to sit back and wait for January 20, 2021, and he can take his bluster wherever he wants, as long as it is out of my sight.

Thanks David for resurrecting this word for me… 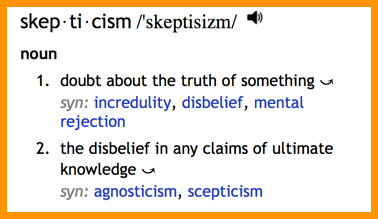 Skeptical is one of my favorite words, I have been using it more and more in the last year or so. Just do a search for that word here on RJsCorner, and you will probably find a couple dozen posts using it.  I think most of you know the meaning of the word but just to be sure I will present it here. I guess my “Question Everything” stand is the source of my fascination for this word.

I am skeptical about most things, but one thing I am perpetually skeptical about is what comes out of the mouth of the current Oval Office occupant. My SOP (standard operating procedure) for when I see him saying anything is now to seriously consider the opposite to be the reality. I don’t think I am alone in this regard. If you want validation of my observations, just gather his tweets on anything, and you will see how truth is a very moving and often unknown object to him.

Skepticism is a good thing to have.  Sadly, too many just latch on to what sounds good to them and disregard everything else. 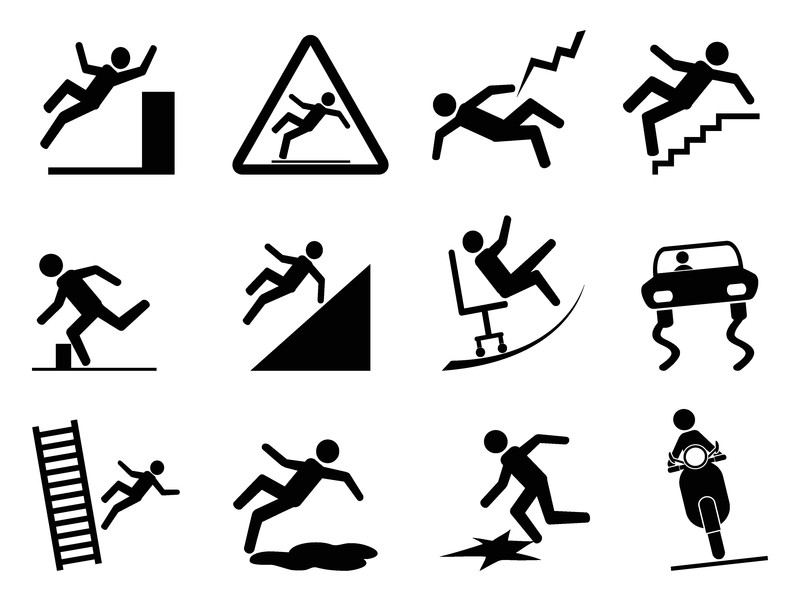 I have been thinking about the slippery slope lately and how it has gotten so many people in trouble over the years. About fifty years ago it caught a lot of Christians in its net. They were just tired of having to explain why science was proving things contrary to what their bible said.  They were afraid if they didn’t deny all this scientific stuff that before long the Bible wouldn’t be able to hold water. So, what did they do? They suddenly decided that every word in their beloved book had to be literally true and anyone who said otherwise was spouting fake news. They said if anything is false about the bible then everything had to be false. I never understood that logic, but that is the slippery slope they built for themselves.

Fast forward to today, and another slippery slope is catching up with some folks. These are the ones who put #CO3  in that room. They are willing to let the guy have a pass absolutely anything because if they call him out on even one thing, they will fall on a slippery slope where everything he says has to be declared fake. If that happens, they would finally have to admit that they made a terrible mistake, and recognizing that is something no one wants to do.

Ironically, it’s mostly the same group that built both slippery slopes.  Once you construct a “slippery slope,” it’s tough to get back to rational thought.