Source:  Jobs are coming back fastest in services sector – USATODAY.com. 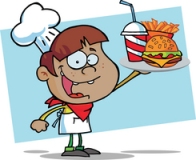 The starkest difference: More than 70% of jobs lost in service industries have returned three years after the recession’s end, while only 15% of jobs lost in manufacturing, construction and other industries that produce goods have come back. The analysis is based on Labor Department data from January 2008 — when total U.S. employment peaked — through last month

Is it a surprise to anyone that 85% of the manufacturing jobs have not returned since January 2008? Of course not. Many are now off-shore being paid pennies on the dollar. This is not a new trend. It started in the 1980s and will not likely end any time soon.  The construction industries thrived in the past because people employed in manufacture were making enough to be able to afford to buy homes. Now that the middle class has practically been eliminated construction jobs will be slow to return if they ever do.

I have been studying the history of the Roman empire for my blog at RedLetterLiving.net to try to see parallels between it and church history. In that study it is pretty clear to me that throughout history there has really never been much of what we today call a middle class. There have been artisans and tradesmen throughout history but they usually make up less than 10% of any society. The vast majority of people were included in the “serf” category, that is those at the very bottom of the wealth ladder.

The American middle class that rose so quickly after World War II was the result of a the  rapid change from war making industries to consumer based industries. The GI-bill allowed returning soldiers to get an advanced educations and the FHA which allowed them to buy a home. These two things which fed on one another created salaries that had enough discretionary income to cause other purchases which caused other jobs which caused more middle class. Of course both the GI bill and the FHA were government instituted plans.

These sort of things seem impossible now that we are in a mood to de-fund all government programs.  The upper 1% have prospered in the last twenty years at the expense of the dwindling middle class.Things seem to be returning to what has been the norm throughout most of world history and that is the aristocracy at the top and everyone else at the bottom.  Will the middle class ever be what they were thirty or forty years ago? Unless something fundamental  changes I kind of doubt it. While service jobs, which typically pay near minimum wage, are increasing middle class jobs just aren’t coming back.

We know that private corporations are presently sitting on almost $4 trillion in their coffers. Much of it, like our middle class jobs, is off-shore.  Until they start paying living wages there will never be sufficient demand for goods and services to bring back the economy to where is was even twenty years ago. Why can’t corporations understand that without discretionary income prosperity will never return to what it was.  Getting our population better educated is one long-term answer but the programs that allow many to go to college or even trade schools are being de-funded in order to some more tax breaks.

The current cuts in education and similar people programs and such seem like a never-ending spiral around the drain to me.