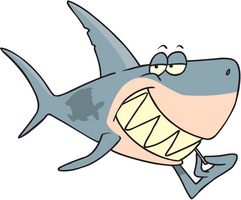 “We want to build a massive party that’s exciting, that smiles, has a good message across America, and that’s what you’re going to see,” Republican National Committee Chairman Reince Priebus told reporters at a news conference on Friday shortly after he was re-elected to another two year term.

Sharon Day, a GOP activist from Florida who serves as co-chair of the RNC, put the party’s new approach even more bluntly: “I will talk to a head of lettuce if I can get them to vote Republican.”

I am glad to see that the leaders in the Republican party finally “get it”. The catch-phrase “as rare as a Republican with a smile” is funny but I really want them to succeed as a party. We need a two party system in this country. Without it tyranny is the likely result. So, when I read this article about all the things that the GOP is doing to change its image it made me well, smile.

But, I hope they realize that change is not just all talk, there has to be some substance to it also. It is interesting  how they seem to be listening to Newt again when he told them they need to be a “happy” party. Yes, I agree with him that depressed persistence doesn’t work at all but surface changes only are not the answer either.

In order for me to once again start voting Republican once in a while:

I don’t want to be talked at as if I am a head of lettuce. Treat me with respect and as someone with some intelligence and I just might believe in this new GOP. Most importantly of all they need to show me that I can trust them to keep their words about the above and their “new” party is not just all talk. A big part of this reconfiguration will be to reign in the their tea party members. They can’t let that small radical group run roughshod over them anymore.

If they can get back to the party of Nixon or even Reagan I would almost be satisfied that they are serious about being a party of the people instead of only big business and rich donors.