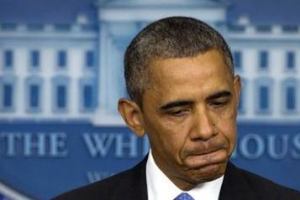 Fox News: Fox’s Sean Hannity suggests that the main reason Obama identifies with Trayvon is that the two as teenagers had smoked marijuana.

I have absolutely no doubt that the off-the-cuff remarks above by President Obama were from his heart and his life time experiences.  While I can never fully understand what prejudice a black man in America faces I can relate on at least on some level.  Being deaf for 25+ years has taught me that many people assume (prejudge) who we are by our physical characteristics. I face that fact on perhaps a weekly basis.

So many times when I interact with someone who I don’t know and suddenly discover that I am deaf I get the stare.  They immediately think I have an IQ of a turnip. They then proceed to either ignore me, just walk away, or start speaking very slowly so I might be able to understand.  I won’t go into any more details about this as this post is not about me but instead about prejudice.

I know I have sworn off politics and the hatred that presently fills it but the reaction by the usual ranters over at Fox News was just too over the top to ignore. I wonder what my conservative friends who have that channel on frequently during any day think about what they heard on this topic? I wonder if they would have the same hateful words? I think there are times even when viewing our despised enemies that we need to recognize the sincerity of their words. How can Mr. Hannity and Mr. Starnes live in such a dark world? Why do they think it is necessary to attack every word that comes out of the President’s mouth?

I guess this post is more about questions than it is about answers but sometimes I just can’t fathom man’s inhumanity toward man, even the verbal kind.  For those of you who are ready to slam on the flame button don’t even bother sending anything. I am just not in the mood to even look at them…