This is the next segment in my series of yin/yang and how that relates to American culture.  These initial posts are for the most part the positive aspects of our culture. It is appropriate that I start here so that you can understand that later I am not attacking our culture so much as showing were we could improve even more. This post is about our almost unique sense of equality. Here is a quote to get us started: 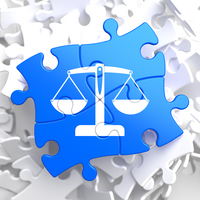 In the American workplace, most people make their own coffee and clean up their own desks. The person who takes the last cup from the pot refills it. This act may seem trivial, but behind it lies a philosophy of equality.

In Asia, people who serve and people who are served belong to different classes. Customers treat servers with no respect, as if they belong to a lower class. They often use a commanding tone of voice and even yell at servers if the service is not satisfactory. In the United States, waiters and store clerks regard themselves as equals with their customers; they exchange jokes and pleasantries with customers.

Secretaries do not feel that they have to meet the personal needs of their bosses and are not afraid to voice their opinions. In Asia, people are often treated differently based on family background, occupation, the school one attended, and geographic origin. Asians are always interested in their status in relation to others. In Confucian tradition, there are the rulers and the ruled. Confucianism saw all human relations in the light of vertical relationships: upper classes always wielded authority, and lower classes always obeyed authority .

The concept of equality, even if it is not played out to a full degree, is one of the basic assets that makes America the great society that it is. Our vision of equality is much different from most of Asia and even of the parts of Europe that have monarchical roots. I had never thought of it before but we, for the most part, treat our secretaries and those who work for us as equals. We don’t lord it over them as is common in much of the rest of the world.

A big part of this equality is that we as a nation have never been exposed to a caste system that a monarchy necessitates. When you have a mandated selected few who are to be treated as royalty you must have a population of those who deem it their place to serve those selected few.  They must know their place in society and willingly submit to being a servant. That concept is very foreign to our American mentality. At least for most of us.

China, India, and much of the rest of the world still languishes in a belief of a fixed part of their population are meant to be servants and it is not possible for them to advance beyond that state. As mentioned above much of China and India see all human relationships as vertical with the upper class always wielding the power. I’m sure there are some of you who are thinking “isn’t that what is currently happening with us now?” I certainly agree that  the shadows of a caste system are developing in our society due to our wealth continuing to migrate to only a small minority. But I kind of think that this phenomenon will play out in the not too distant future. We Americans will just refuse to accept a permanent place at the bottom rungs of the ladder.