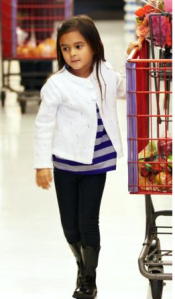 On this particular morning, I was faced with a photo of a food stamp with a note to “those on welfare” who “don’t work” and “milk the system.” The post was calling for “accountability.” I just shook my head in disappointment. While most political comments don’t hit me very hard (we all have a right to our opinion), I have a difficult time with those that group any set of people into a section and blame and berate them… You may not agree with me and that’s okay; we don’t have to. But I will still show you respect, not only because that’s how I was raised but because it feels right on a deep and human level. I am writing this because I want to say that I was one of those “welfare” people so many people callously group into the “lazy” section of the room. While I’m now often told by these same people that I am one of the hardest working people they know, the reality is that there is no way I would be where I am today without the help I received in my past. Some tell me, “Yeah, but you are an exception.” No, I am not. I’m just one of the many people born under difficult circumstances who wanted to do better and needed a little help getting onto my feet. Now that I am on them, I do my best not to forget what it felt like when I was not. If anything, my past has benefited me in that it has served as a strong warning not to play the “we vs. them” game as one day you might be the “them.” SOURCE: How It Feels to Be a Kid on Welfare.

First of all Merry Christmas Eve to everyone. I want to highly recommend that you take the time today to  click on the source of this article to read it in its entirety especially if you are one of those who have opinions about “those on welfare”. I think it will tug at your heart and you might finally come to understand just what the welfare system is supposed to accomplish.  As Brenda Della Casa says some people do game all systems no matter where they are on the economic scale but for everyone who does there are hundreds who don’t.