I find myself yet again using words from Stehpen Mattson over at Red Letter Christians as a source for one of my Sunday posts.  He just seems to say what needs to be said.  This time it is about how we Christians are becoming so tainted by bad evangelism. We let the crazies among us control the chicken house so to speak. 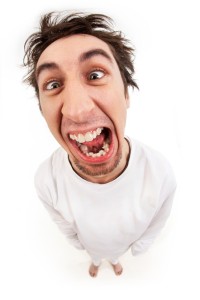 The problem with many modern Christians is that we’ve seen and experienced too much bad evangelism: the crazy street preachers shouting at strangers, the late-night televangelists peddling for money, The Westboro Baptists picketing funerals, the corrupt pastors who eventually make the news for all the wrong reasons.

Christians are so tired of the harassment, manipulation, hidden agendas, lies, abuse, hate, bigotry, and downright sin that’s been associated with “spreading the gospel of Christ” that they’ve simply abandoned talking about Jesus altogether….

Telling anyone about Christ, the Bible, or even carefully inviting someone to church is a social faux pas. It’s becoming less culturally acceptable to evangelize. It’s understandable why many believers don’t want to. You don’t want to be seen as that person: The crazed lunatic who believes in a supernatural deity, the anti-science, anti-environment, homophobic, religious fundamentalist who believes in the existence of an afterlife.

SOURCE:  Christianity Is More Than Just Being A Good Person | Stephen Mattson.

Lets face it modern-day Christianity is too often seen by most outside the faith as being associated with hate, bigotry, and hidden political agendas instead of love, forgiveness, and mercy as our founder tried to teach us. Christians are seen as being anti-science and extremists in the political realm.  A big part of the problem is because most of the leaders of today’s churches are not courageous enough to distance themselves from this relatively recent toxic view.  They let others define how the world perceives what Christianity is. I might say one glaring exception to this seems to be the Catholic church and their latest pope. He gives me reason to be optimistic about the future of Christianity.

The little startup church that I joined more than a dozen years ago, and was asked to leave because of “doctrinal issues” more than four years ago, continues to struggle to increase its membership above a critical mass. They just can’t seem to get people in any numbers to even consider membership there.  A big part of that is probably that they are one of those who reject so much of what most of the world takes for granted in favor of a narrow biblical view.  They just can’t seem to see that the bible, which they even fail to accept was put together under a Roman king trying to shore up his failing kingdom, was not the last words God gave us or even all the words he gave us then. God continues to give us the knowledge to more fully love each other as each day passes. He did not leave us to stagnate with a fourth century mentality of the world. They just don’t seem to fathom that concept.

I am hopeful that the post-evangelical Christianity or whatever you want to call it which will surely follow these times will return to the basic teachings of Jesus Christ.  I am hopeful that someday being a Christian will not automatically label me as a radical-right, non-caring, crazed lunatic but instead as a person who lives out Christ’s command to love him and to love each other.