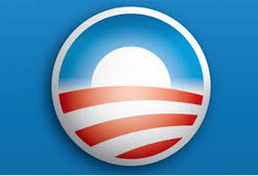 As hospital operators begin to report second period earnings — the sixth consecutive quarter of new revenue from once uninsured patients — the number and size of unpaid medical bills continues to fall thanks to the Affordable Care Act.

If all those idiots in congress who are so adamant in taking away healthcare to those who couldn’t afford it without ACA were to concentrate on making the law better instead of trying to abolish it significant improvements could be made.   There has probably been billions of dollars spent on dissing the law and little to improve it.  How sad is that?

It was clear that what was passed five years ago did little to ameliorate the every increasing costs of U.S. healthcare. That part of the problem was left to another day. But that day has never come due to the complete stubbornness of those who hate it.  All they can do is shout “SOCIALIZED MEDICINE” as if that were some deadly curse that will insure the downfall of mankind.  But the facts are that almost half of Americans have had for some time socialized medicine and most of the rest of the world has had it for much longer.  That is why we are about the only country still struggling to get hold of ever increasing healthcare costs.

When will we be able to start improving the law? Probably not until those who have put a permanent stake in the ground against it on our national congress are driven from office.  The rest of the world learned their lessons on controlling costs a long time ago and are wondering why we haven’t?   Makes no sense to them or to me…