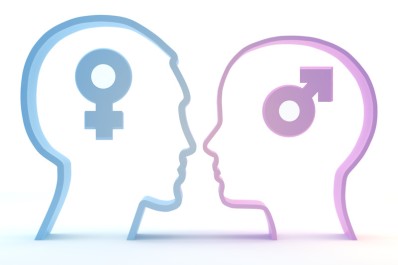 My friend over at the blog CountingDucks  gave me a mini-epiphany today with his latest post. When describing his grandparents he could have just as well described my wife and I. On occasion I wear my tee-shirt with the following words on it just to bug my wife.  “If a man says something and no women are around, is he still wrong!” Even after ten years it still raises a comment or two.

I have to say up front here that I had very early life experience with the opposite sex. I didn’t really get into any serious relationship until I was in my late thirties  so I was isolated from these facts of life.  When I first got married about the age of forty I began to understand that my wife looked at the world quite differently than I did. I was kind of the “live and let live” guy. I just took people for who they were and never thought of doing anything to try to change them. I appreciated the diversity of my friends, even the married ones. 🙂

In my job in the corporate world I was frequently praised for the work I did. I got many “pat on the backs” and thank-yous as well as a few promotions. I knew what I did was appreciated. My vain pride was fully intact during those years.

Now that I have been married for almost thirty years  and especially since my retirement sixteen years ago the full force of this basic difference between some men and women has come to brutally hit me face on.  It seems that my wife believes that I can’t even flush a toilet without screwing it up. Almost everything I do is wrong according to her.  I sometimes feel that I am no longer a person of worth and that is a grinding thing that we men seem to have to put up with I guess. As the quote above says we have learned to live together without killing each other… I guess that is saying something.