Let’s face it, America is becoming a nation of fat people. Everywhere you look you see people who are many pounds heavier than they should be. They say that four in ten of us are significantly overweight. 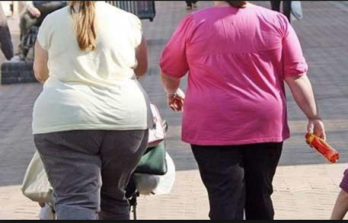 The experts say one of the major causes is a poor diet. While fast food sales grew almost 25% in the last five years so did the American waistline. It has become a rarity that a family actually dines together anymore.  Everyone with an IQ over that of a mushroom knows that fast food is high in fat and calories and low in fiber and vegetables.

I personally struggle every winter season with putting on a few extra pounds. I exercise too little in the cold weather months and it is about the only time I eat sweets to any degree. I jokingly tell my wife that I have SAD (Seasonal Adjustment Disorder) but sometimes I really think I do. At least I have the seasonal depression that goes with it.

I don’t know if depression brings on weight gain or the other way around. I often wonder if those people who are way overweight are concerned about it? I know there are actually groups who now celebrate being fat! I guess that rationalization is just plain easier than trying to take off the pounds.

One of the saving graces to this trend is that today’s teenagers are faring better than adults. Only 20% of that age group are fat with only  5% are morbidly so.