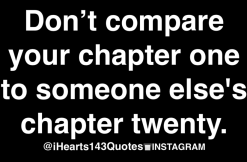 One thing that seems to be pretty prevalent in American life today is that everyone wants what it took my generation years to get, NOW.  They simply don’t want to wait until they have earned enough, or become wise enough for it to happen. I know our world is going faster now but sometimes you just need to mellow a little longer before you get what you want.

I see on the cable show House Hunters where twenty-some-year-olds are looking for 3000+ square feet homes and just won’t settle for less. They say they are going to have maybe two kids so that is the minimum they will accept. In the 1950s my two brothers and I along with Mom and Dad lived very comfortably in a 20 x 50 ft home. We considered ourselves very much in the middle class.

One of the reasons some people think they can afford it all now is the near-zero interest home loans now available. My first purchased home was obtained with a mortgage rate about eight times higher and it had to be accompanied by a 20% downpayment. I was 38 years old before that happened. One of the common complaints now among later generations is that Baby Boomer mortgaged our country so that future generations have to pay for our extravagances. There is some truth to that but by the same token, we are paying for their very low-interest loans by getting next to nothing for our saved wealth.