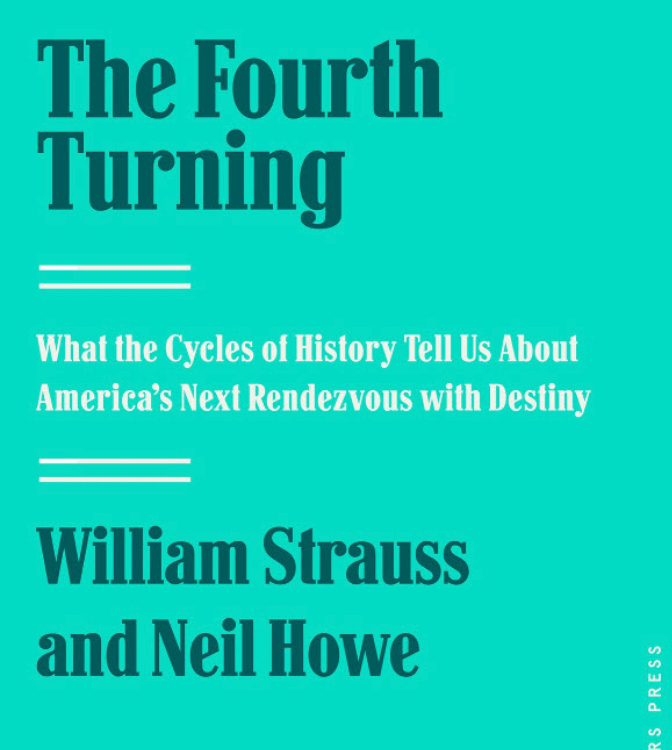 I want to tell you about a book I recently read that is about how our past can predict our future in that each cycle of change tends to repeat itself. That is what this post is all about.

What fascinated me about this book was the idea of repeatable generational changes in American history. While I don’t necessarily agree with the 80-year cycle of change as defined by the authors, I can very much see the steps that change goes through during each cycle. It seems kinda of like the steps of grief and many other similar things.

The book was published in 1998 but it could have easily been written twenty years later.

Let’s go through those cycles:

The authors claim that each cycle is 20 years in duration, so that the cycle adds up to 80 years. They claimed in 1997 that we were in the Awakening period of rebellion. If we consider what is going on now that would mean that a turning point will happen around 2030 and that is not as far-fetched as it might have been at the book’s publication date.

In the next week or more, I will be posting my personal view of life’s turning points. As a reference point, I will start off with my fictional grandmother who was born in 1900 and detail what happened in her life. Then I will break my personal life into definable segments to try to see the turning points. I know that quite a few of my readers are old enough to do the same, so I encourage you to share your feelings about what I will be saying.

I am titling this series:

American Anthology… In To The Looking Glass At RJsCorner