Power to the People….. 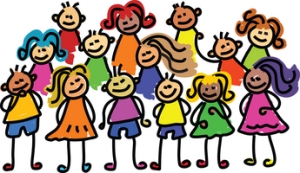 The 2012 election marked the point at which a new American electoral coalition solidified its hold on politics, one built on the country’s growing nonwhite population and on cultural changes that have given younger voters of all races a far different outlook on political issues from that of their elders.

It is still not clear just who made up the majority that swept President Obama into a second term and seemingly muted the Tea Party’s power in today’s politics. But it is obvious that the $1 billion spent by the 1% had little effect on who won elections. It is obvious that the common people, many of color, gained power from this election cycle.

The old rural white, mostly southern, men are running scared. They now make up the majority of a shrinking GOP so it is panic situation for them. They are signing petitions to secede their States from the Union.  They are running about as scared as the McCarthy Republicans after they fell from grace in the 1950s.  If they can’t accept that our nation actually celebrates diversity then good riddance to them. Let them hunker down in their bunkers.

The vast majority of the current national office holders in the GOP are also old white men. It is exciting to see so many women even if they are all of the other party going to the Senate next year. I hope they bring a new perspective to that end of Capital Hill. Women are now the majority in this country and in my mind the sooner they also become the majority in congress the better. Many of the grumpy old white men who now occupy those offices need to retire.

One group of voters that have dramatically increased in the last two elections are the young people. That is the most exciting news to me. Those under twenty-nine make up the largest increase in those who voted in the last two presidential elections and that is a good thing. Now if they also can just take over more of the seats in our congress maybe gridlock can become a thing of the past. It seems young people just don’t have the political baggage that us older folks have.

Of course people of color also came out in groves in this and the past election. I celebrate that also.  Many of them steadfastly stood in hours long lines in Florida and Ohio to vote.

The Grand Old Party (GOP) is indeed living up to its middle initial and becoming old.  While I myself am an old man I celebrate all these new voters. Diversity is what makes our country different from most others in the world. We should all be celebrating that fact. When the GOP sets out to stifle, instead of encourage, the vote in order to win elections they are putting a stamp of doom on their party and for the most part they don’t even seem to realize that fact.  I hope they wake up soon.