It looks like the impeachment hearing are headed toward an end before Christmas. But, as usual I have a contrarian attitude toward that schedule. That is what this post is all about.

END_OF_DOCUMENT_TOKEN_TO_BE_REPLACED

My new mantra for the coming election cycle is stated in the title of today’s cackle. We have pretty much given men control of our government for the last 242 years, it’s time for a change.  I think women generally are much more blessed when it comes to empathy and compassion, and that is what is sorely missing from our politics today and even the world in general.

There are a couple of ways to make some real changes in how we govern ourselves. One is to bring on a third party to eventually replace at least one of the existing two. The main problem with that as I see it is that the majority of the third party would likely come from the Democrats.  That would do nothing but give more power to those who currently so poorly running things.  I think eventually a third party is a primary solution to our basic problem but it has some negative short-term consequences.

Given the recent State primaries, it looks like I am not the only one to looks to the female of the species to get us out of our current mess.  They won big in several States and I am hoping that that trend is applicable in the remainder of them.

So, my advice to you is when in doubt this coming fall election vote for the woman. Let’s give them a chance to see how they do. It couldn’t be any worse than it is now.

I know the quote above from Will and the title of the post seem kinda disjointed but hear me out before you pass judgment. 🙂 I have always been a dreamer in life. One of my favorite things in my youth was to lay back on the lawn on a clear night and gaze unendingly at the stars and dream of what my future life would be about. I had high expectations in those years. 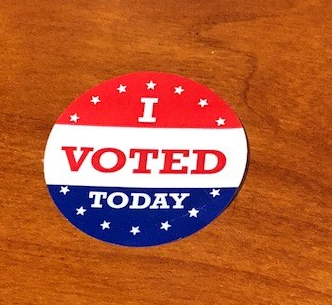 I was abruptly introduced to the idea that your dreams and expectations are never as good as you hope or as bad at you dread.  Marriage is a compromise between two people of different personalities and desires.  It is not a “happy ever after” state as many, including myself, dreamt it to be. I and my future wife were both over forty and unmarried so we had developed our own methods of living and coping with life. After the honeymoon, we would eventually clash on many subjects.  Marriage was just not what we expected. But since we have survived over thirty years now in that state I guess we are a success at least on some level and our expectation and reality are now more aligned.

Politics is another matter. It has gotten to the point where a politician can outright lie to our face and not have to suffer any consequences. Some call our current political environment the “Post Truth Era”. I hope there comes a day where I can once again have high expectations about those I  vote for. 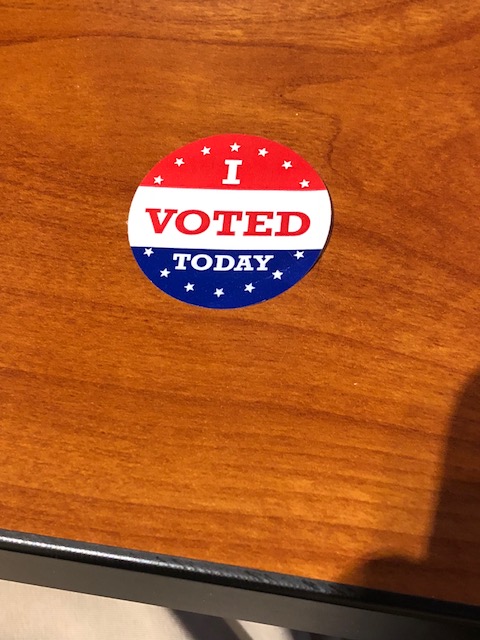 I want to let you in on a couple of secrets I have. Since they closed down all but one of the polling stations in my town I will be voting early now. The last time I voted on election day I had to stand in line with a hundred or so avid Trump voters. That was agonizing! When I voted yesterday at the courthouse there was just one other person in front of me. So, one of my secrets is that as long as I am here in Trump country Indiana I will continue to vote early.

The other secret is that in the primaries I usually declare myself a Republican! Now hear me out before your blood pressure explodes. 🙂 No, I haven’t gone to the dark side.  I do that so I have two chances to vote out the radical rights that inevitably run for offices now. We presently have a county commissioner up for re-election who thinks he is Donald Trump’s brother, or at least he acts like it. I did some research and voted for his primary opponent. If that doesn’t work out I will vote against him again in the November elections (early of course). This strategy probably won’t do any good but at least it will make me feel better.

I kinda feel like I am lost behind enemy lines where I live. Republicans dominate everything here from local offices through the national ones. My voice seems more a shout in the wilderness than anything else. But, I will keep shouting…

Polls used to be statistically scientific studies of trends and thoughts. Today not so much.  Due to technological changes and just plain laziness polls just don’t have the validity they once had. 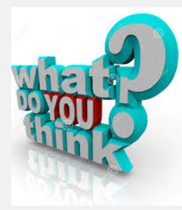 1. Over time, the percentage of Americans who say they would participate in polls has declined significantly, from nearly one out of three in 1997 to one in 10 in 2016, according to Pew.

2. Half of American households don’t even have landlines. The younger you are, the less likely you are to have ever used a telephone with a cord attached to it.Again, pollsters try to correct for these skews by weighting and finding other ways to sample voters. But every interpolation creates additional room for error, quite apart from the survey’s statistical “margin of error.”

I recently discovered that many of the polls being viewed today come from internet sites which have  pointed political views. These type polls have little to do with a general population but are called “polls” so too many think they are true.

It will be interesting to see just how this election turns out on Tuesday.  Will any of the polls be accurate?  Will one side dominate or will it be a close race? I don’t put too much confidence in polls anymore but I do put confidence that most of us still cling to the idea of civility and decency so my poll says an extreme egomaniac narcissist will not be elected as leader of the free world three days from now. 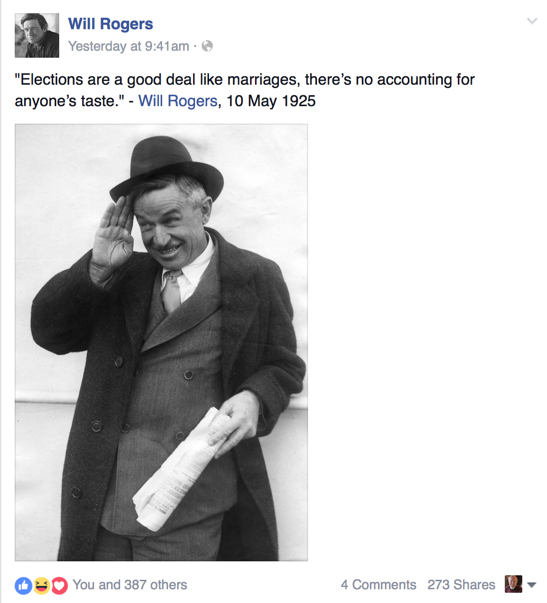 From my friends at the Will Rogers Institute. It is a down right mystery this year.  🙂

Almost all of these states give their electoral votes based on a winner-take-all system. A candidate receiving 50.1% of the vote in New York, for instance, will garner the state’s 29 votes. Collect 270 total votes, and the presidency is assured. As the National Review’s Jim Geraghty explains, however, there is no constitutional requirement that states allot their electoral votes this way, however. They could do it based on a simple vote in the statehouse. They could even, legally, decide to apportion them based on a coin flip, or whichever candidate is taller. Both Maine and Nebraska, for instance, divvy their votes based on the winner of individual congressional districts. SOURCE: BBC News – A rule change that could lock Republican 2016 victory.

I love the look from a different angle that my British friends give me over at “The Week” website. Given the extremes that the GOP seems will do to maintain control of U.S. politics I can clearly see more red States going the way of Maine and Nebraska in making their own rules in how to cast votes in presidential elections. That seems to be the logical next shoe to drop. But I have a radical view that would thwart that plan.

Lets allow the people to elect a president. Let every vote count! I know that is a radical idea but I think its time has come. 🙂  The electoral college served a purpose during early U.S. history when information took days or even weeks to pass through the country. It made sense for each State to send people to report their State’s votes.  Flip forward to today and this concept has no validity whatsoever!

Let the people’s voice elect the president as it does for all other Federal and State offices. Quit this electoral college stupidity. I hear there are laws still on the books in various State that deal with the times that a horse driven vehicle approaches a motor driven one. I know the one in Indiana that was finally nullified a few years ago said that the motorized vehicle had to leave the road until the horse passed. Its time to get rid of this archaic election rules and let the people elect the president.

I have lived in Indiana most of my life and have voted in each presidential election since 1968. But my vote has only counted during two of them. My first vote was for Richard Nixon. I was a naive Republican in those days, The second time was  in 2008 when most people in Indiana were, like me almost overwhelmed by the rhetoric of Barak Obama. All the other times my vote was thrown out. It is time to allow people, not State governments, to decide who will be their president.