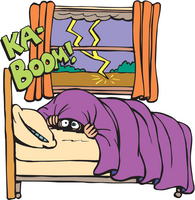 Washington is now broken beyond the point where bold individual leadership can even fix it. The forces at play are bigger than the ability of the president, House Speaker John Boehner, or any other person or persons to turn them around without the certain promise of a revolt in the party ranks that would leave them out of effective power.

The cliff metaphor suggests a jump into a void, but at least one that has a bottom. Yet as the nation watches this slow-motion wreck, the depths of dysfunction have yet to be fully explored.

I didn’t think it was possible to find someone who has a darker attitude towards those in Washington than I do but Rick Klein who wrote the above article certainly seems to beat me at that game. I have been accused by some of putting all the blame for the current dysfunction on the Republicans but I realize that it takes two to play the idiotic games they play in that city.  But I must insist that much , but certainly not all, of the blame belongs with the GOP and that is because of their adamant fixation on one word, “never”.   The other fundamental part of the problem is the lack of great leaders.

One of the major problems in Washington  right now is that so many say that they will never vote for a tax increase, NEVER.  Every war until recently that we have gotten ourselves involved we have raised taxes to pay for them.  That didn’t happen with President Bush’s wars in Iraq and Afghanistan. He “took them off-books” meaning adding trillions of dollars to our debt. The primary reason for that is because of the “never” pledge given to Grover Norquist.  I am kind of like Bob in that I just don’t think our congressmen should want to be one of those guys. I don’t mind lines being drawn in the sand, they can be re-drawn; it is the ones etched in granite that get us in so much trouble. Never say never….

I just don’t see any great leaders in either party  right now. I had high hopes for President Obama but those are pretty much dashed on the rocks of time now.  All of those supposed leaders in D.C. seem to be more like spoiled kids than adults. It’s there way or the highway far too often!  Most of them have been in Washington so long that their number one priority is to get re-elected. They have become consumed by the power of that place.

When you make waves, as is often required of great leaders, you risk losing your job.  I am one to thoroughly believe in another old saying that goes “Without risk there is no reward”.  We need risk takers like Teddy Roosevelt in today’s government and yes I know I am pinning my hopes on a Republican…

I Don’t Want To Know

I’m going to close out this overly long post with another Bob Segar quote that strikes me as profound. That seems to be a shallow requirement for me lately but I do kind of wish I didn’t now some of the thing that I now do. Ignorance is bliss….

2 thoughts on “Washington Is Broken… But How To Fix It???”