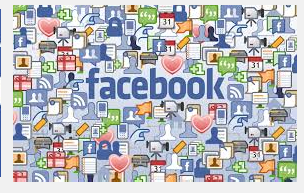 Recently someone requested that I be his new “friend” on Facebook. I’m not sure I even know him but I think he is a sibling of one of my high school classmates. One thing that Facebook is good at is to give you a long lists of  “friends of your friends” to entice to add more. I guess they get more revenue that way but I don’t know for sure.  Anyway I went ahead and accepted the request and within a day or two that person’s Facebook page appeared on my screen. The first post was him passing along someone else’s post. It was a comic book type spread that ended up with a not very gracious picture of the president and calling him a “shit head”.

I quickly, maybe too quickly, commented that I wonder if he called the first president of color a shit head was intentional or Freudian? That started a fairly long discussion with a my new friend and some of his friends. My new friend says he just thought it was funny and didn’t hate anyone but some of his other “friends” came on with vitriol attacks of the president screaming YES he is a shit head.

Being a retired Information Technology guy I know that Google, or whatever replaces it fifty years from now, will be thousands of times more powerful than it is today. All my new friends’ heirs, or anyone else for that manner will have to do is Google his name and they will find that he personally condoned a verbal personal attack of a president of his country. Does my new friend realize that everything he pens on the Internet today will form a legacy of just who he is for posterity.

I’m sure my new “friend” is a decent enough fellow who I would probably like in person if I ever got to know him in person. But this first encounter has soured me to even making that a possibility. I don’t know, maybe he just watches too much Fox News and therefore thinks it is ok to casually trash another person’s character because it is funny? Fox News certainly makes billion of bucks doing just that everyday.  Now I am not saying here that it is not ok to disagree with someone’s actions, especially our public figures. I do my share of that but I try never attack someone’s character with cheap, malicious, and especially racist words. If I ever do I hope someone will quickly call me to task like I called my new friend to task.

I turned off the “Follow” feature of Facebook for my new “friend” so I guess I will never really know him. I just hope he becomes more sensitive to others and be more careful what he does on his Facebook page.