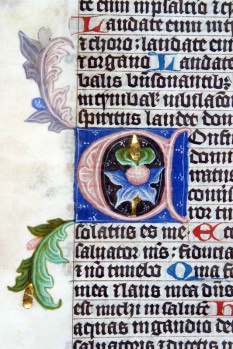 This post continues with my fundamental beliefs about the Bible. I have not come to these beliefs on a whim. They are the result of many years of thoughtful prayer and study. I am also not trying to prove anyone wrong. Everyone should come to God in their own way. So let’s get on with the final four areas of my view on the Bible.

Some words of the Bible have infinitely more significance to our lives than others— The words  through Jesus’ lips are the most important. Every other word is secondary at best. This is a major sticking point for some. It has to do with a concept that I have coined “the slippery slope”. I will get more into that on the next post. To say that there are no words in the Bible that are any more important than others seem nonsense to me.

The Bible might contain words inspired by God —  But is not THE Word of God… Many call the Bible the word of God but I personally along with other Christians agree with John’s opening in his gospel.  Jesus is the word of God, not a book assembled by man even if much of its writings might have been inspired by God.  To give a book that status is making an idol of it.  To put every word and circumstance mentioned in the biblical text in the literal grouping just doesn’t seem to make sense to me.  When Paul insisted that women were not to be over men in any circumstance he was speaking first century words. When he told people to be happy as slaves owned by others he was speaking first century words. These words were not intended for eternity. Yes, much of the Bible was written under the inspiration of God but it is at the same time a very human document.

The Bible contains stories passed down from one generation to another, allegories, parables and myths. To insist that all the words in the Bible are absolutely without error and are absolutely literally true as so many evangelicals do is beyond my understanding. I am convinced that even many of the writers of the books were not willing to put that status on all their own words. The Apostle Paul made it a point in one of his letters collected in the Bible that he was speaking of his own accord. I wish he had done that more frequently. Since I don’t put much study on the Old Testament I will not be discussing those books here. But even the New Testament of which much was written up to forty years after the fact certainly contained things that were remembered but not necessarily factual. In many places Jesus himself identified his stories as parables. I believe that the use a parables and allegories was a very common occurrence in many of the biblical writings whether the authors said they were or not.

Not all the inspired words from God are included in the Bible. I have done some studies of some of the text that was considered but finally excluded from the official bible when it was formulated by King Constantine’s council. The books of Thomas and Barnabas in particular I am convinced were also written a degree of inspiration from God. There are probably several others in that category. We Christians should consider all the writings of the time to see where we can deepen our understanding of God. I also believe that God continues to give inspired words through some of us Christians even today. All of us must constantly be listening for those inspirations in our daily lives. But it seems that “listening” is a difficult thing for many of us to do today. Moses in the Old Testament did not believe he was worthy to relay words from God but God used him as a mouthpiece all the same. So I believe that God’s continues to give simple men personal revelations from time to time.