This is an extremely hot topic that I want to pursue delicately if I can.  It just seems like the words “Sexual Harassment” has come to mean something quite different than I had imagined.  Having had limited opposite-sex contact even in my youth,  and my Aspie characteristics even then limited my experiences in this area. 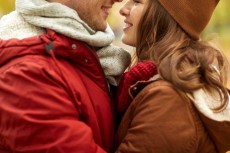 To be honest, whenever I had even a casual contact with a female in my young adult years it was most often an intimidating experience. Not for them but for me!  I just didn’t know what to say or how to act. As far as I was concerned the female of the species could just as well be from a foreign plant.  I wasn’t immune from teenage hormones so, yeah I dreamed of the time when I would take someone in my arms and give her a big kiss. Part of that dream was not to ask permission before the encounter.  That didn’t happen in any of the movies or TV shows so why did it need to happen in real life?

I have been sexually harassed on two different occasions in my life.  The first was when I was a pre-teen and didn’t really know what was going on.  The second time was as a young adult when a girl, who I really didn’t know, came up to me and gave me a big sloppy kiss when I was least expecting it.  I suspect that the kiss was a dare from her friends as she rushed away giggling

Were things different in my days in the 1960s than they have been for the last few years?  Maybe you now need permission to kiss a girl and if you just come out and kiss someone without permission it is sexual harassment? Are you liable to lose your job thirty years later because of this “assault”? Maybe these kinds of contacts are even more difficult than I imagined?

With all that is going on now, if I were in the workplace and saw a woman approaching me in the hallway I would make sure not to even get close to her.  Maybe I would accidentally brush against her and she would take it in a sexual mode? For sure I would never dream of joking around with a woman now as something I say or do may invoke a sexual harassment charge. I don’t know, it just kinda scares me now. I fear that, as usual with many things, we are going to the extreme on sexual harassment. I hope it doesn’t turn into a “guilty until proven innocent” thing. Since most of these occurrences are a “he said” vs “she said” I just don’t know where the middle ground is?

Given where I am in my life right now, I don’t really need any answers to all this stuff but I am kinda curious. I continue to not really understand the female mind, or at least the female minds I have been exposed to in my life.  Women still tend to intimidate me on the first contact.  I know a lot of this is because of my Aspie characteristics and that fact helps a little but really not very much. 🙂

I just wonder what effect all of these current allegations will have on women in the workplace. Will employers who currently have a predominately male workforce now be even more hesitant to hire females. If he does will sexual harassment allegations inevitably follow? It just seems that this current flood of charges won’t help in getting breakthroughs for women in the workplace. Of course, there are serious sexual predators out there who need to be accountable for their behavior, but some of these current allegations just don’t seem to rise to that level.

But what do I know?

6 thoughts on “You Have My Permission To Kiss Me..”