It’s also clear that people are getting lazy and think that a democracy is a never-ending state.  That could be a tragic rationale to have.  As Thomas Jefferson said, maintaining a democracy is hard work. In order to make thoughtful choices at the ballot box means studying the issues to determine the best path to take.  Are we, for the most part, losing that ability today?

I don’t know if we are beyond the tipping point in our democracy or not, but we are getting closer to that sorry state and I propose that the reason is laziness. We latch on to a very flawed person or belief and disregard everything else. It is just easier, and lazier, to make a snap judgment instead of making the effort to come to an informed decision.

It is easier to latch onto a conspiracy theory instead of debunking it. Like the phrase “Make America Great Again”, that sounds good at first thought but if you study the facts you know that this phrase really means turning back the clock to a time that we deem better than today.  Two things are wrong with this idea.

I grew up in the 1960s and was of a draft age during the Vietnam war. Almost 60,000 of my generation lost their lives in that totally needless war. Compared to the about 6,000 in the ten years of war in the Middle East today. How can those be the good old days?

Double-digit inflation took a serious toll on wages. Compared to the low 2% or less today those were troubling times.  I can remember one year during the 1970s the annual inflation rate exceeded 15 %. That is many times what it is today. It decimated many senior citizen’s nest egg and caused some pretty severe times for them. How could those be the good old days?

And then there was the Civil Rights movement that finally broke the Jim Crow. That was the racial caste system which operated primarily in southern and border states, between 1877 and the mid-1960s. Jim Crow was more than a series of rigid anti-black laws. It was a way of life.   Of course breaking Jim Crow also meant a mass migration in the south from the Democratic party to the Republican party.  I remember the political unrest at the 1968 political conventions dwarfed anything around today. 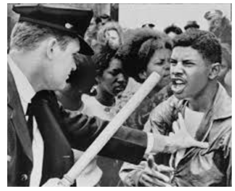 Plainly speaking, the “Good Ole Days” that many dream about now wasn’t any better, and maybe worse, than today.  We need to find 21st-century solutions to our 21st-century problems instead of looking backward. Will that take work? Of course it will but considering the consequences it is worth the effort.

6 thoughts on “Latching On To False Beliefs..”