For this morning’s cackle, I want to talk about Will Rogers. He is the reason I started RJsCorner 8 years ago. I have been reading him since I was a kid. 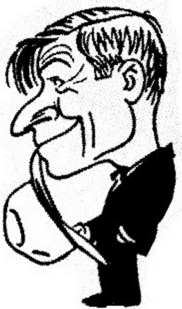 For all you people that don’t know anything about what happened before 1980, I want to give you a little snort of Will and his words. Will was born way back in 1879 in Indian territory now known as Oklahoma. His roots were in the Cherokee nation. He started out in Vaudeville doing rope tricks in the Ziegfeld Follies but became world famous for his writing and his radio programs. He was a homespun guy whose earthy antics and folksy style made him the most famous entertainer of his time. Will died at the age of 55 in an aircraft accident with Wiley Post in August 1935.
I have been pretty lax in visiting Will here on RJsCorner lately, that is something I will correct going forward. Will lived during the Great Depression but he never got dark in his writings.  Hopefully, I will be able to say the same thing at least going forward from here.
If any of this sounds interesting to you, then stick around. I think I just might be able to brighten your day once in a while and hopefully bring an occasional smile to your face.
Much more on Will is coming soon in one of my Weekly Squawks. If you don’t know much about Will, it will be my pleasure to introduce you to him.

2 thoughts on “Will Rogers – My Hero”