It just struck me in the shower recently that we seem to be living in two distinctively different worlds today that are weirdly occupying the same space in time. That phenomenon is not terribly unusual in the overall scheme of things, but the intensity of it is almost freakish now. The “Us vs Them” mentality seems to have caused a VERY deep chasm between too many of us. That is what this unusually long post a about.

This phenomenon has several different faces. Let’s look at some of them.

I have been reading a lot about the political Evangelical of today’s world. All that I have read now convinces me that many in this category are deathly afraid that their world is coming to an end. They see their children defect to other beliefs, or even no beliefs at all, rather than take their parents religious beliefs on faith alone. The Millenials are known to be the least religious of any of the past several generations. Of course this has already happened in much of Europe. Those who base their lives on one of many brand of faith are now a distinct minority on that continent and if things continue as they are the same will happen to America. Faith without facts or actions ring hollow for too many of us now.

In order to keep the inevitable from happening Evangelicals have formed a bizarre relationship with a very vile narcissist who tells them what they want to hear. But in reality he would abandon them in an instant if something better came along. To me, this symbiotic relationship between a narcissist and panicked Evangelicals reminds me of the story of the anti-Christ in their very own books.

Let’s face it, white supremacy has been the story of America for much of its history. America was formed by white Europeans overrunning the existing inhabitants of our land. They justified that practice as being Manifest Destiny in that their god had declared that they were to spread from coast to coast.

The second phase of white Supremacy was based on one person owning another. Of course the owner was almost exclusively WASP while the ones enslaved were people of color. White Supremacy was very much a roadblock in the forming of our Constitution. Given that many of the most influential of the founders were slaveholders that was inevitable. It would take one hundred years to even start to change that and another one hundred years before it was even possible to make equality and justice for all a part of our destiny.

In the last fifty years things are finally starting to change and that scares many of the once powerful people in our society. They see the statistics that in the not too distant future they will lose control of being able to dictate who we are as a nation. They, like the Evangelicals above, are genuinely panicked and grabbing for any straw that helps them maintain power. They too have grabbed onto the same unstable person as their savior.

Like White Supremacy, Rural vs Urban has been around for most of our country’s’ existence. An initial stopgap solution to one group dominating another was to create one body of our legislature that was not based on population but instead on certain regions of the country. Of course that body is the US Senate. Basically that gives rural areas of the country more voting power per person than those in urban areas. Is it fair in today’s world to make one person’s vote count more than another’s? I think not.

Rural areas are obviously in a continuous state of decay now. All you have to do to see that fact is to get off the Interstate highways during an extended road trip. You will find yourself going through ghost town after ghost town. Main street is now strewn with dilapidated building. About the only occupied building is the US Post Office. I’m sure it is very hard for those who remember a vital downtown to not be angry. They feel a steamroller has leveled their way of life and they too are clinging to an unstable narcissist for the resurrection.

On a personal side note related to this topic, up until the last year or so, I made it a point to use only State roads in my half dozen or so annual uRV trips each year. But after a few years of that I found myself getting depressed with all the abandoned towns. I was passing through. I can’t imagine having to live that daily reminder of what was once but never will be again!

You could also entitle this group as “informed vs mis-informed”. If you know history you know that the French Revolution which took place not long after our’s was primarily about this topic. The serfs were determined to rid their country of all the intellectuals and they did that via the guillotine! When China decided to totally embrace Communism in the 20th century the first thing they did was to round up the intellectuals. The same thing is true for Russia. I am definitely thankful that we intellectuals are not treated likewise it my country. At least yet…

Maybe part of this problem is not really about education as is it about who holds the power. I know there is a definite disdain among rural America for those who represent us in the federal government. Too many think all of those jokers are corrupt money grabbers.

And then there is the rest of us

I hope that most of us in America see things very differently than these fringe groups above. We see our country’s diversity as a strong point in our existence instead of something to be attacked and eliminated. We see white male power finally being surrendered to something more representative of our citizens as a whole and we rejoice that fact.

Yes, we question everything but with the purpose of making our collective lives and institutions better and to discard the antiquated practices of the past. We applaud the changes happening as finally bringing our nation to a point where justice for all is something can be accomplished within a generation or two.

Each one of these groups has a very specific agenda that is very different than what most of us want to see happening to America. I have come to see that many of them are in a panic stage thinking their way of life is over! It is utterly tragic that so many people now live a life obsessed with fear.

I want to close out this post that I am not painting with a broad brush. I realize that there are many “associate” members of these groups who may be causally linked to these causes if at all. 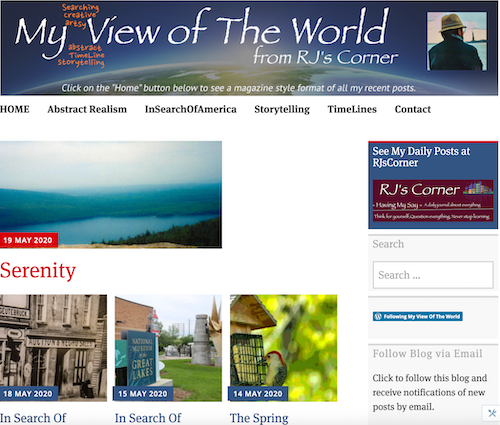