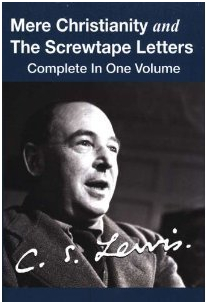 “We all want progress, but if you’re on the wrong road, progress means doing an about-turn and walking back to the right road; in that case, the man who turns back soonest is the most progressive.” — C.S. Lewis

C.S. Lewis is my favorite non-theologian theologian. That is he like me was not trained in a seminary or such place. But his book Mere Christianity had a great impact on me and millions of other lay people. I think it is the number one theological book sold. He just seemed to understand things about Christianity that all those trained and practiced theologians couldn’t explain.

I have been remiss in putting his quotes on my lists for blogging here. But going forward I will not continue to make that mistake. As he says I don’t mind admitting that I was on the wrong road by not including him as one of my heroes. Admitting you are wrong about almost anything is a hard thing for any of us to do.  We always want to believe that we are right about everything we believe. But as C.S. says the sooner we turn back the more enlightened and progressive we are.

Not admitting to being on a wrong path seems to be one of the primary causes of the constant decline of current day Christianity. Each one of the over 39,000 versions of Christianity around today stubbornly insists that they are the only ones who have totally figured out. Most are just unwilling to admit that they just “might” be on the wrong road. It is probably too late for many Christian organizations to turn back but I have faith that the coming emergent movement age will force many organizations to realize that they need to turn and walk back to the roots of their religion.

Admitting a wrong path seem like an utter impossibility in our political realm nowadays. Each side is stubbornly entrenched into their own rhetoric to begin to “walk back to the right road”.  I just don’t know how we will ever resolve this condition. I guess someone has to blink. We all want progress but none of us are willing to turn back sooner than our advocates. And that is the sad reality in U.S. politics right now. It, like the constant Middle East crisis seems to have no solution with the current roads we are on…