I have several interesting posts to do on my just completed micro-RV trip into southern Illinois. As usual I managed to avoid interstate highways for  all but four miles of the 700+ adventure.  Anyone even vaguely familiar with Illinois know that the vast majority of the state’s population resides in the extreme northeast around Chicago. I can hereby attest that there are almost no people in the southern half of the state!  OK, maybe I am exaggerating a little bit but only a little.

I must have gone through 100 small towns during my two day visit. Almost none of them had over two or three hundred people. There was most often only one business left open in each town and that was a post office.  It was most often surrounded by abandoned buildings!  I can just imagine in my mind’s eye the post master in that building with cobwebs around him while sleeping on the job.  Which brings me to the main topic of this particular post. 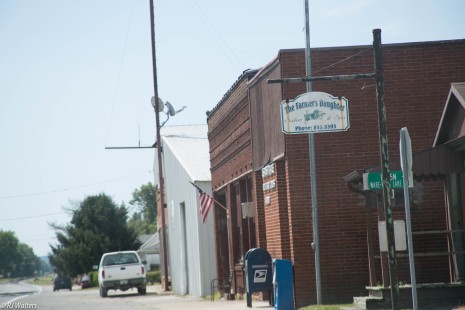 The post office is having a terrible time trying to exist given the rules and regulations legislated at the national level. This fact is one of the glaring examples of how federal intrusion can skew normal business practices.  Why in the world does a post office need to remain open in a town where there isn’t even a grocery store? If the residents can’t, or maybe won’t support a place to buy groceries why does there have to be a local post office?

If it is necessary to go to another town to buy a can of beans why not postage stamps too? We should make some kind of rule to that effect even if it is only “when the last store closes in the town the post office also closes.  Now I’m not talking about ceasing mail delivery, that can be done from another location. Closing seldom used post offices  would probably save billions of bucks for USPS. If they were allowed to use normal business practices such as UPS uses I’m sure they would not be in the trouble they are. To carry this one more logical step make it a rule that the nearest local post office is in the county seat. That’s where most of the businesses and I’m sure WalMarts are now.

I think the real reason for all these unnecessary buildings and employees to occupy them is mostly political. Your local congressman is just too afraid that some might vote him out of office if he dared to eliminate their post office. It’s mostly political….

Give them a break!!  They have a hard enough time justifying themselves here in the 21st century as it is.  About 95% of what I now get in my mailbox is junk mail. Everything else come to me over the Internet.  Let’s shut down post offices in low density areas and use the money to improve Internet services in those same areas.  Lord knows that most of us in rural areas could use some decent Internet speeds.   Everyone would be better off with that approach…