An Ounce Of Empathy & Two Ounces Of Brains

I am a dreamer, always have been and always will be.  When times are bad I dream of better times. When times are good I thank the Lord. I have always dreamed that every citizen of our country has at least an ounce of empathy and two ounces of brains.  I have come to doubt that belief, especially since the person in the Oval Office doesn’t even seem to pass the bill.  I guess this particular dream will have to wait a while before it can be realized.

Now don’t misunderstand me, I don’t expect everyone to be overflowing with empathy, but another way to describe it is “brother’s keeper” and since that is a Christian term coming from the mouth of its founder I would hope that all of us who call ourselves Christians strive to get a little more empathy each day. But sadly then I see so many so-called Evangelicals who seem to be totally ignorant of caring for others and that is almost devastating. 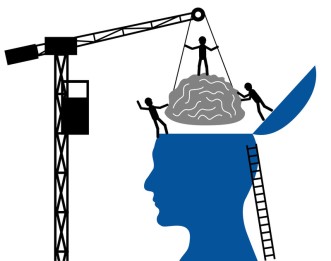 As far as brains are concerned I am talking about intelligence, not particularly the amount of grey matter you have. Where intelligence is concerned I follow another axiom and that is “If you don’t use it you lose it”. Each one of us should strive to become just a little more intelligent today than we were yesterday. But then I see so many of us who seemed to be ignorant on just how flawed the person is who they voted for president it dashes my dream in this area also.  With a minimal amount of study it was obvious to me just how deficient the one who they voted for was from the get go. How could so many be confused about what was totally obvious to the rest of us?

As a final thought, maybe even those born in the country need to pass a test to be citizens. As Thomas Jefferson said a democracy cannot succeed without an informed electorate.  I don’t enjoy saying “I TOLD YOU SO” after only 1/8 of his time in office but I told you so.