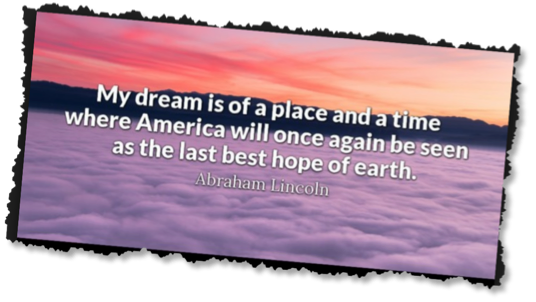 There just seems to be one bad thing after another happening in America today. It is hard to stay optimistic about our future. Our current Oval Office occupant is inciting hatred and ignorance among his “followers” so now they are trying to kill the people he does not like.  Some seem to have gulped down the cool-aid he is serving by the gallon! It just seems to get worse and worse as each day passes.   I am a very strong advocate of Thomas Jefferson’s quote “Hope is sweeter than despair” so I look for hope especially during these trying times. I know basic change, even when it appears rather suddenly,  will take time to overcome especially when the wackos seem to control everything.  But I have latched onto a reason for hope.  To understand that read the excerpts below, and I would encourage you to read the whole source if you have the time:

Source: Does America Have a Future? – Eudaimonia and Co

Unfortunately, I have pretty much lost all personal contact with the younger generations. I am without children and grandchildren so I can’t just call, or text one for their opinions even if they cared to respond. I have to take what I hear in the social realm as evidence and that evidence continues to tell me that the Millennials will eventually invoke change much like we baby-boomers did in the 1960s and 70s.

Since I was born in 1946 I was at the head of the baby-boomers so I was in college during the 1960s when we started protesting the Vietnam war. We were tired of being told to go die for our country for what we saw as not being worth it. It was a stupid war caused by the proud egos of those in power. We had the courage to rise up and do something about it and I fully believe that the current generation is about to do the same.