What could be more American than the small rural county fair?  I have had the pleasure of living in one of the smallest population wise counties in Indiana for almost two decades now.  While I don’t go to all the annual county fairs I enjoy the ones I have attended.  The pictures here are from our first visit in 2002.  So, all the kids in these pictures are now high school graduates. 😋

There is just something about small-town facades that fascinates me. It is probably because of the symmetry and patterns.  I am currently working on a photo collection that will soon be available in the “Photo Collections” pages in the header above.  This one was taken recently in Rockville Indiana.

One thing unusual about this photo is that none of the windows above the store are boarded or bricked up. I imagine all of them are occupied as apartments.  Rockville is in the middle of “covered bridge country” and has a huge fall festival around them.

My InSearchOfAmerica project takes me through literally thousands of small towns that once had a population a few hundred or less, and the vast majority of them are basically hollow shells of what they once were.  We have to face the fact that “small town America” is a thing of the past. It was a 20th century phenomenon that simply outlived its time.

When most of us worked on the farm it took a substantial local infrastructure to maintain our lives. We needed a place to buy and repair our farm implements, to buy our groceries, fill up our tanks, and get our haircuts.  Of course small towns were the answer. Now that only a small fraction still work in agriculture that infrastructure is settling in the dustbin of the ages.  No amount of “Make America Great Again” will bring it back.

It often gets depressing to go through so many basically abandoned towns where nothing is there but a post office and a few homes. If I let these abandoned towns get to me I falsely come to believe that America is in decline but in reality the scenario has just changed. Unfortunately too many people are left in places where prosperity is no longer possible.  The Malaise caused by this condition is perhaps one of the primary reasons of our current political condition.

Being a US history nut, the one thing I have come to realize is that the road ahead is often much different than the roads already traveled. Things change and if we don’t change with them then we face a bleak future of longing for a past that never really existed instead of embracing a future of possibilities. It is up to each of us to do what is necessary to stay current in the world so that we can still believe that anything is possible.

What to do about small town America is perhaps the question for our times. Do we just continue to subsidize those who have chosen not to move to other opportunities? Do we accept the fact that poverty is an endemic part of our historic landscape?  I am a social progressive for the most part but I think that sometimes we need to force people to do what they should have done in the first place.  If you want to live in an isolated area by all means do so but don’t think its others responsibility to help you to try to maintain a past lifestyle.

Small town America is for the most part a thing of the past…. Once we accept that idea we can move on to solving problems due to the migration from rural to urban areas.

In Search Of America — My InSearchOfAmerica has taken me to Madison Indiana on several occasions.  The most recent trip was in August of 2016 when I snapped the following gallery of pictures.  With so many small towns  that are dead or dying  it is nice to see some flourishing. Madison Indiana is on the Ohio River and once gained its livelihood from barge traffic.

I think I need to explain all the hog butts in one of these pictures.  I got to town a couple of days after a major event based around pork BBQ.  They were gathering up all the decorated plastic pigs that adorned the main street for that event.

Antonito Colorado is without a doubt one of the strangest towns I have ever been in. We went through the town on our way back from Mesa Verde two years ago.According to the statistics, it has a population of about 800 people, we didn’t see more than a handful while we were there. 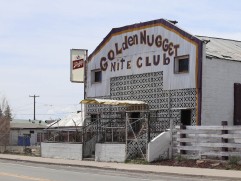 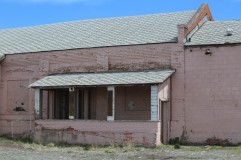 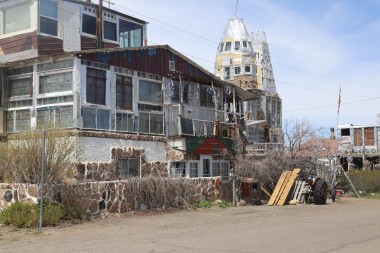 Now this is eccentric !! 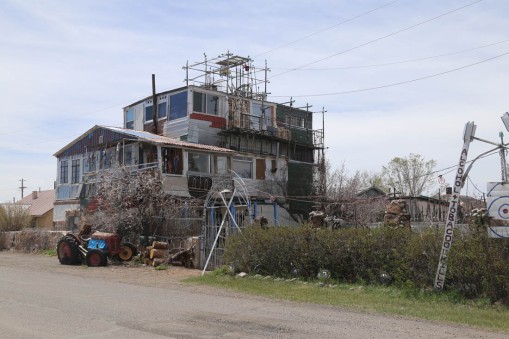 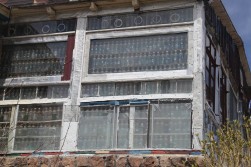